On 9 November 2018 Upper Wharfedale School held its annual Remembrance Assembly. This special assembly was planned and delivered by the Student Leadership Team and was held in front of the whole school.

Head student Alice Molloy led the proceedings very ably. The event was supported by two former students who generously gave up their time to attend in World War One costume.

The assembly concluded with the Act of Remembrance while a wreath was being laid at Linton War Memorial. 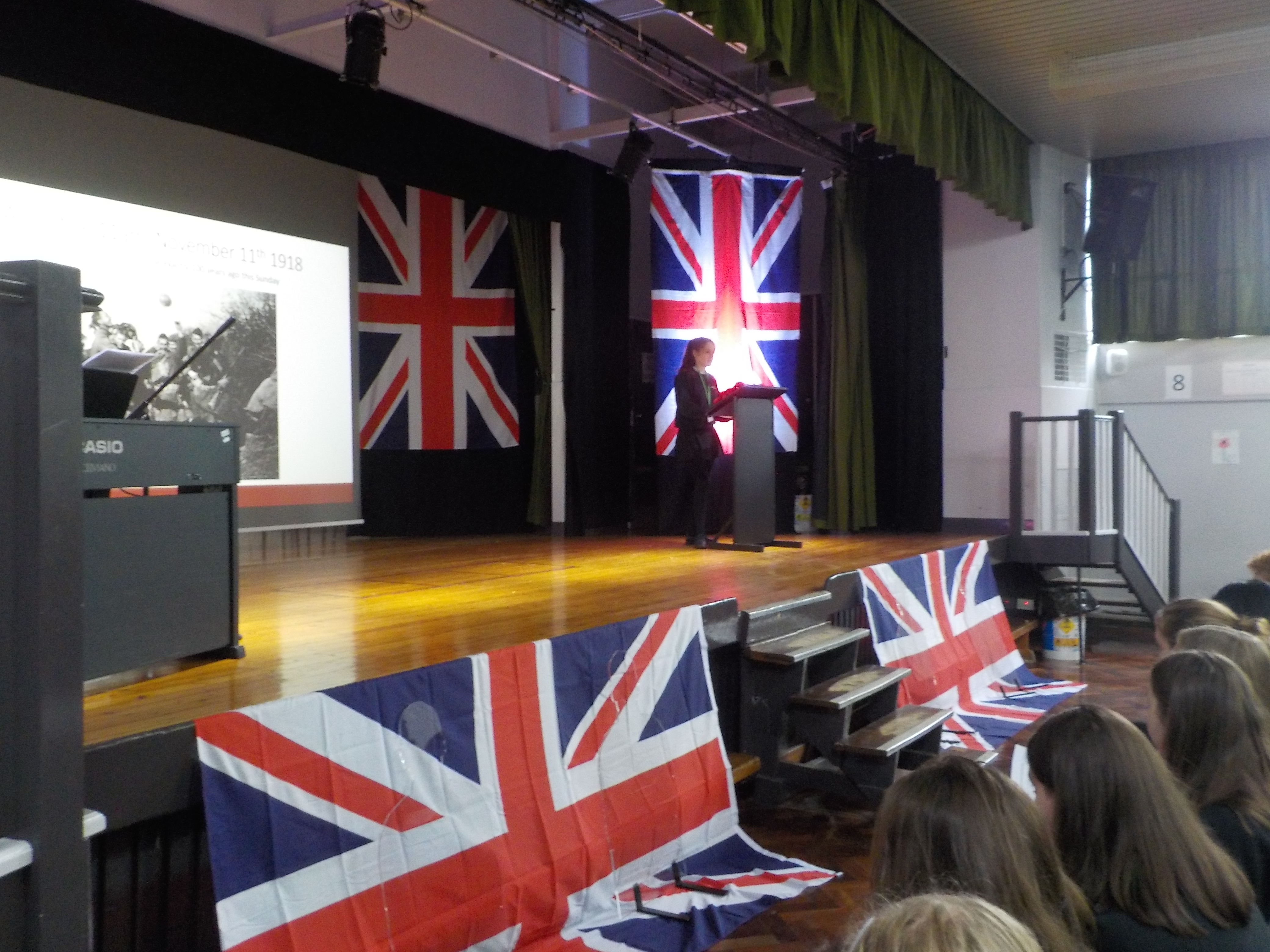 Story Explorers present to you our Activities Week extravaganza: ‘The Wharfedaily Gazette’!

This website uses cookies to improve your experience while you navigate through the website. Out of these cookies, the cookies that are categorized as necessary are stored on your browser as they are essential for the working of basic functionalities of the website. We also use third-party cookies that help us analyze and understand how you use this website. These cookies will be stored in your browser only with your consent. You also have the option to opt-out of these cookies. But opting out of some of these cookies may have an effect on your browsing experience.
Necessary Always Enabled
Necessary cookies are absolutely essential for the website to function properly. This category only includes cookies that ensures basic functionalities and security features of the website. These cookies do not store any personal information.
Non-necessary
Any cookies that may not be particularly necessary for the website to function and is used specifically to collect user personal data via analytics, ads, other embedded contents are termed as non-necessary cookies. It is mandatory to procure user consent prior to running these cookies on your website.
SAVE & ACCEPT